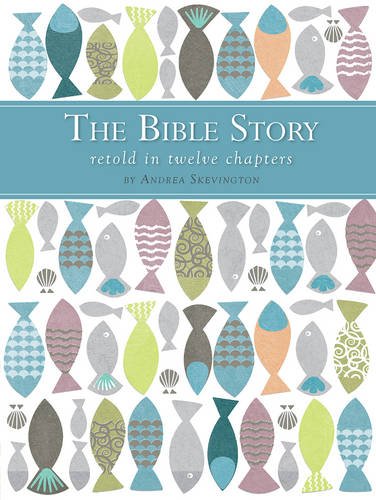 Today’s reading (Acts 10) is strange and beautiful.  It is no accident we start with an account of Cornelius the Centurion’s vision – we see first that God is at work among people considered outsiders, people who did not follow the rules.  It is after the angel appears to the Roman that Peter has his vision, and that vision challenges his idea of the centrality of the Law. To begin with, he saw a temptation to be resisted.  It took time to see that God was inviting him to a more inclusive, more generous understanding.  God is expanding the categories, again and again.  The Spirit is moving, freely.  It was hard for Peter to keep up – but he sees what God is doing, and his response, in the end, is to accept these new brothers and sisters.

The extract is from The Bible Story Retold
If you would like to use it, please feel free, mentioning the source.

Cornelius the centurion had been watching the galleons sail in and out of the white marble port of Caesarea.  Every day these great ships came and went, to and from the rest of the wide Roman empire.  He and his family did not follow the Roman gods or Roman ways.  They were faithful, prayerful, and generous to the poor.  As Cornelius turned away from the bright sunlight, he saw something even more dazzling – a vision of an angel.  The vision spoke.
“Your prayers and gifts to the poor have come before God as an offering.  Send men to Joppa and tell them to bring back someone called Simon Peter.  He is staying at the home of Simon the tanner, who lives by the sea.”
Cornelius did just that.
As his men were approaching Joppa, Simon Peter the fisherman was praying on the flat roof.  There he had a vision. He saw a huge white sheet let down before him.  Inside it were all kinds of animals that the Law of Moses said not to eat.
“You’re hungry, so eat!” said a voice.
“No!” Simon Peter replied. “I’ve never eaten anything unclean in my life!”
This happened three times, and each time the voice answered
“Don’t call anything unclean that God calls clean!”
Just then Cornelius’s men arrived, asking for Simon Peter, and the voice said, “I’ve sent men to find you.  Just go with them, don’t hesitate!” So he went with them.
When Simon Peter went into Cornelius’ house, it was the first time he had entered the home of a Gentile, a non-Jew, where “unclean” food was served, and the Law of Moses was not followed.
“Why did you want to see me?” Simon Peter asked, looking around at the crowd of family and friends Cornelius had invited.  Then Cornelius told him the vision of the angel.
“So it’s true! God really has no favourites,” Simon Peter replied. “He wants everyone to follow him!” And he began to tell them about Jesus.
While he was still speaking, the Holy Spirit came, filling Cornelius, his friends and family with joy, and they spoke in different tongues as the disciples had at Pentecost.  Simon Peter and the other Jews who had come with him were stunned that God had given the same gift to the Gentiles.  And Simon Peter baptized them. “God accepts them, and so will we!” he said.

One thought on “The Spirit and the Centurion”