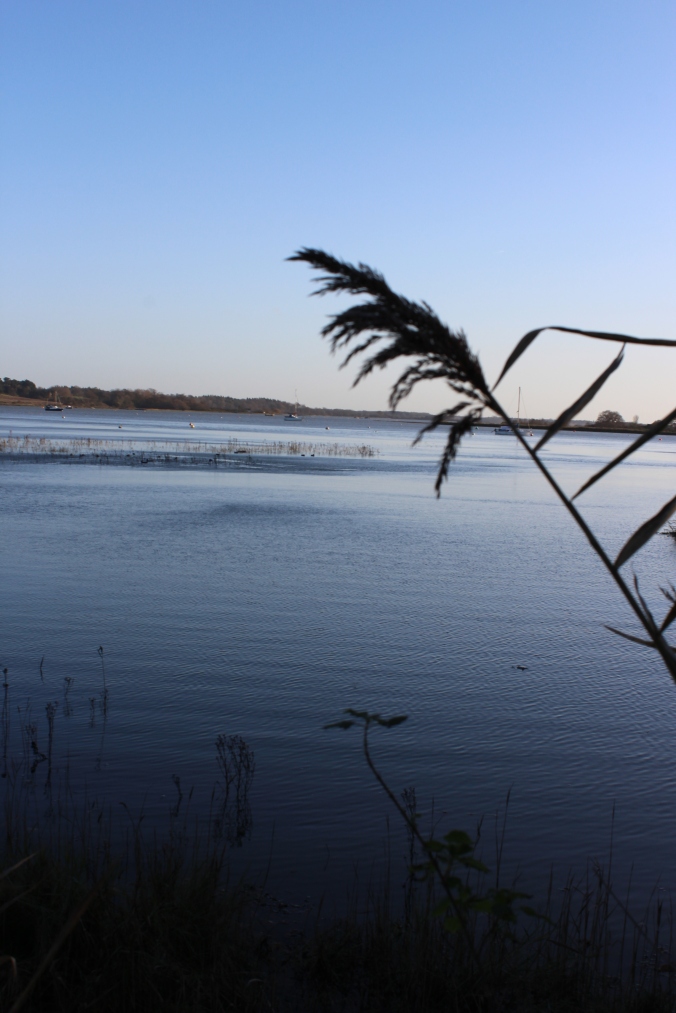 Having shared with you a poem earlier, Pharaoh’s daughter and the child, I thought I might give you the story to read too.  This is from my book, The Bible Story Retold, and draws on the Sunday Retold series on the blog.

The retelling is in twelve chapters, and, at the beginning of each chapter, I allowed myself a bit more freedom to imagine what it must have been like for those living out the story, and to give some interpretation and inference to engage us with the big themes of each chapter.

One of the really powerful things about this Exodus narrative is how it tells the story of slaves, which is obvious, but we can overlook its significance.  Our history is famously told by the victors, the conquerors, the empires.  This one gives us an insight into long-ago lives whose story was not otherwise told.  Now, we can more easily listen to those on the edges, on the underside of current history, but the Bible is revelatory for this ancient insight.  It is a powerful narrative, which leans towards the powerless and those on the fringes, and hears their voices.

On the Banks of the Nile.

Jochebed and her daughter Miriam slipped out just before dawn.  They walked silently, shapes blending into the darkness. At every sound they stopped, afraid the slave mastrs might hear them.  They crept down to the green banks of the Nile, the great river that was the lifeblood of all Egypt.  There, by the trembling papyrus, they stopped and set down their load.  It was a tightly woven basket, a tiny boat, contaiing Jochebed’s three-month-old baby son.  She lifted the lid and leaned down to kiss him, splashing him with her tears.
Miriam said, “I’ll stay nearby and try to keep him safe….”
Jocobed slid the little boat into the reeds, and ran back to her cramped mud-walled slave house.  “May God protect and keep him!” she prayed.
She knew Pharaoh wished her son dead, along with all the other Israelite baby boys.  For the Egyptians hated the Israelites now.  The Egyptians had forgotten how Joseph had saved them from starvation many generations ago.  In Egypt, the Israelites had grown in number and strength, and the Egyptians looked at them with fear in their eyes.  So they made them slaves, but they could not crush them.
In his anger Pharaoh summoned the two midwives who delivered the Israelite babies, and gave them a terrible order:
“When the babies are born, let the girls live, but kill the boys.” The midwives bowed as they left, but they would not do such a terrible thing!  The baby boys continued to live, and grow strong.
Then Pharaoh commaned everyone.  Throw all the baby boys into the Nile!”

Miriam stayed by the Nile, hidden among the reeds near her tiny brother’s basket, and waited.  Then she heard the sound of singing, and saw the princess, Pharaoh’s daughter, coming towards the river with her maids.  Miriam hardly dared to breathe.  Would the Egyptians find her brother?  The princess and her attendants were so close now.  Miriam watched the princess take off her jewels and glide into the water.  It shimmered like gold in the early morning light.  Then the princess stopped.  She had seen the basket in the reeds, and sent one of the slave girls to fetch it.
Peering inside, the princess saw the baby crying. Her heart melted.  “This is one of the Israelite babies!” she said.  Miriam seized her chance.  She scrambled out of the reeds, and bowed down before the princess.  Swallowing her fear, she spoke.
“Your Highness, shall I find one of the Israelite women to nurse this baby for you?”
“Why yes, go as quick as you can!” For the baby was crying very hungrily indeed.  Miriam ran back home to get her mother.
“Care for this child, and bring him back to me when he is weaned.  I’ll pay you for your trouble!” said the princess, gently placing the baby in Jochebed’s arms.
Jochebed’s heart nearly burst with joy.  She had her son back! So she sang him Hebrew songs, the songs of the Israelites, and told him of thier God, and his promises, while he was a young child.  She prayed for him, and cared for him tenderly until it was time to give him up to Pharaoh’s daughter.  The princess called him Moses, and adopted him as her own son.  He grew up as an Egyptian prince, educated by the best tutors and trained to rule.

And from Prayers and Verses 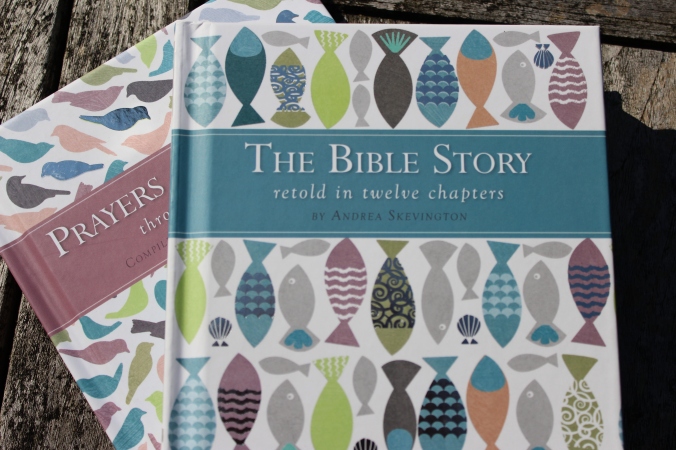 Both books can be ordered using the links above, or another internet bookshop.  If you have a local bookshop, they can order them for you.