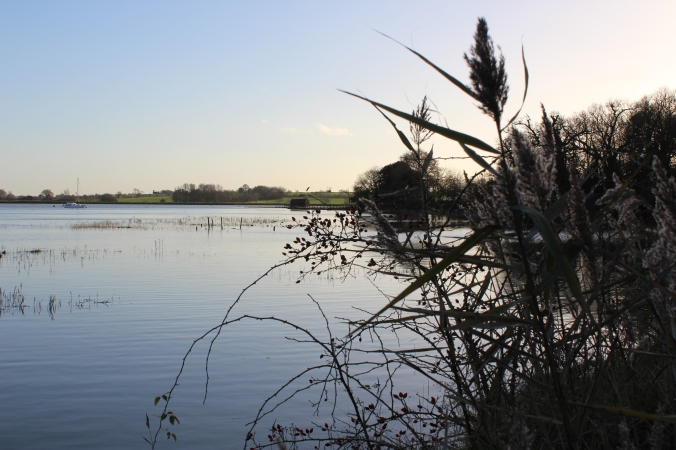 This is the second poem I’ve written on these themes, drawing from the Exodus account of the life of Moses.  It carries with it many of the things that struck me as I was writing the first, Pharaoh’s daughter, and the child.  I have been thinking about how one group of people can be pitted against another, in fear, in believed superiority, and how, in this story, small acts of love and compassion begin the unravelling of this separation, and injustice. In particular, I have been turning over in my mind the idea that the unjust law of the Egyptians – all the Hebrew baby boys should be thrown into the River Nile – is so evil that it carries within it the necessity and means of its own overturn.  That this ark of rushes holding the baby Moses is one of the seemingly small means that begin the overthrow of an unjust system is fitting.

Once again, there are echos of the Gospel stories that tell of the beginning of Jesus’ life.  Tbe improbability, the vulnerability of a baby, cradled in less than ideal circumstances – a basket in a river, a manger in a stable – being so vital to the outworking of God’s love, challenges us in to how we think change for good might be accomplished.  Here, the urgency and reckless hope of a mother’s love, meets the compassion of a princess, and undermines an economic and political system which was cruel, and seemingly all-powerful. May we remember this, as we work for a more beautiful world.

My last post retells the story, and gives you links to the Bible passages.

But for this poem, what struck me was a few small verses at the end of Chapter 2.

Once again, this story of emnity between groups of people, of inequality and injustice, carries warning and hope for our current situation.

What happens to any of us happens to all of us.
What might shift if we thought that was so?

Moon over the marshes at Walberswick.

God saw – and God knew   Exodus poems 2
During these many days,
the king of Egypt died –
that man who thought
himself a god, having
a god’s power of life
and death –
and God saw, and God knew.

Those living between walls
of cool marble,
dressed in linen,
making offerings to the gods,
those who floated down the Nile
while others laboured –
They thought, being rich,
being mighty, they had
the ear of God.
And God saw, and God knew.

During these many days,
those oppressed cried out –
those forced to labour,
those whose race was
feared, then despised.
They cried out,
and did they dare hope
that God saw, and God knew?

So, I stand and ask, why?
why so long, those many days?
And will not soothe
myself with “perfect timing”,
or “plan”.  Under the
slavemasters’ whip,
such words sting.
And yet, God saw,
and God knew.

I lower my gaze.
Caught in the reeds,
there is a dark basket,
black as pitch,
that desperate hopeless hope,
that boychild cast by his mother
into the Nile, a loving reversal
of a cruel law –

and within that law’s dark heart –
an ark of reeds and pitch
woven tight of love –
with fists curled,
was one who would
overturn that cruelty.
A tiny child.
crying, hungry,
and alone.
And God saw,
and God knew.